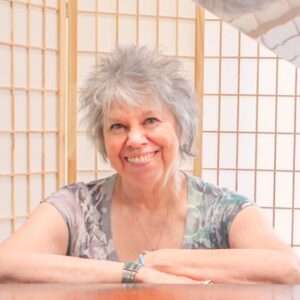 Sarah Baker is a “blue-eyed soul” singer, songwriter, composer and pianist who has landed international radio airplay and performed on concert stages with legendary artists ranging from Etta James to Tom Petty.

She grew up surrounded by gospel, blues, country, bluegrass and rock ‘n’ roll in a West Tennessee working class family. She began piano lessons at age 6, often accompanying her father to country churches for all-day singings.

Sarah has earned post-graduate degrees in Music, and enjoys a stellar career as an independent musician. She lives in Northern California where she performs, teaches, composes music for films, and mentors young artists.

“’I Married the War,'” says Sarah, “moves me deeply as a composer and a person. Providing these compelling stories of love from a group of women who represent an important segment of our population, the filmmakers of ‘I Married the War’ give voice to those rarely heard or given notice for their heroism. I am honored to be a part of this remarkable film.”