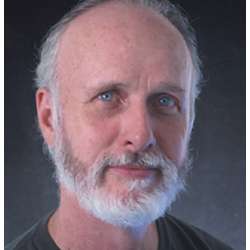 John Nutt is a sound and film editor who has to his credit over 60 feature films, including Apocalypse Now, Blue Velvet, and Amadeus for which he was awarded a Stella BAFTA Award, the British equivalent of an Oscar.

He has worked at Zoetrope Studios, Lucasfilm, and the Saul Zaentz Film Company. As a picture editor, John has edited features, TV specials, documentaries, commercials and educational films (including 25 children’s puppet films).

As a sound editor and supervisor, he has worked directly and creatively with Francis Coppola, David Lynch, Tim Burton, Robert Duvall, Sean Penn, and many others.

John graduated from Dartmouth College with a Bachelor’s Degree in Drama and from Stanford University’s film school with a Master’s Degree in Communication. He is a member of IATSE Local #700, and a member of the Academy of Motion Picture Arts and Sciences (AMPAS).

John is the film and sound editor of the Rodgers’ previous award-winning film, Bravo! Common Men, Uncommon Valor. His IMDb page is www.imdb.com/name/nm0638340/.

John served in the United States Army and his enlistment included a tour of duty in Vietnam.