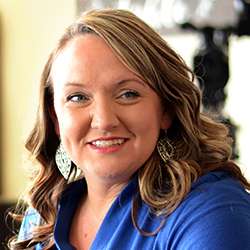 Carman was born in 1977 in Beaumont, Texas, to Noel and BJ Pryor. She has two younger sisters and was raised out in the country in deep Southeast Texas with the simple country life. She met her husband, Courtney, in high school and they married right after graduation. A year later they had their first daughter and a month after that, he joined the Air Force in January 1998.

Courtney trained to be a JTAC (Joint Tactical Air Controller) and over the next 17 years they were stationed at Pope AFB, NC; Fort Lewis/McChord AFB, WA; Hurlburt Field, FL; and Ellington Field, TX, having many life-changing experiences along the way. September 11, 2001 changed their lives forever when Courtney was deployed to war in early 2002 to fight the war on terrorism as an SOF JTAC (Special Operations Forces Joint Tactical Air Controller). He was attached to Green Beret teams whose sole mission was to hunt down the terrorists list and liberate the people of Afghanistan and Iraq.

After Courtney’s first of four combat deployments, Carman knew he was different, suffering from undiagnosed severe PTSD and TBIs. Since it was the height of the war, he was in denial and just soldiered on. She learned how to adapt their lifestyle around his injuries and triggers on her own because there was no support or education available during that time. After 10 years of combat deployments and training, Courtney suffered a parachute accident that pushed all his injuries over the edge; he had no choice but to get help. He was then seen unfit to remain worldwide deployable and was sent through the painful and frustrating broken system of the Medical Evaluation Board process. He was medically retired in Oct 2014 and is finally able to rehab his body and get treatment for his 15 years of untreated injuries.

Carman and Courtney are now Ambassadors for the Air Force Wounded Warrior Program. Through this program they share their story with others about how the AFW2 program literally saved Courtney’s life and has given him a sense of purpose again through adaptive sports and mentoring other warriors. The couple currently resides in Idaho with their four children and Courtney’s service dog, Ziva.