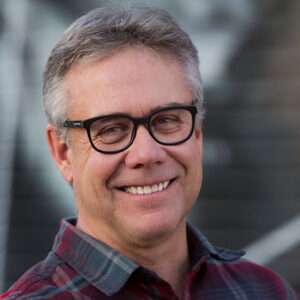 “It is often said that we’re happiest when we live in the moment. I’m lucky. Photography is all about the moment.”

Bill Krumm has enjoyed a stellar career in television and film for over thirty-five years and has won numerous Emmy Awards for his videography and editing work, including Idaho, The Movie, and The Rocky Mountain Fly Highway.

In 2015, Bill was inducted into the Silver Circle of the Northwest Chapter of NATAS, which recognizes individuals in broadcast television with over 25 years of experience and who have made a significant contribution to the industry.

His career has taken Bill from Helsinki to Auckland, from New York to La Paz. in 1988, he traveled to Wake Island to make a documentary titled Wake Island, Forgotten Heroes Remembered about the civilians who defended that island against Japanese invaders during World War II.

Bill currently works at Wide Eye Productions in Boise, Idaho. He is married to Mary and has two children, Scott and Kelsey, and a lively young grandson.