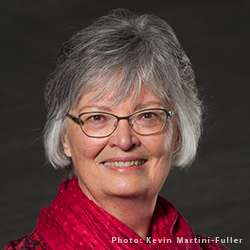 Co-producer Betty Rodgers comes from a long line of military veterans, and was born to a mother who appreciated and recorded their stories. In 1985, Betty married a Vietnam Veteran who had survived the terrible Siege of Khe Sanh in 1968. Not until a reunion of Khe Sanh Veterans in 2008 did she learn about PTSD and other manifestations of combat that haunted the man she loved, and that now had a name.

In 2010, Betty and her husband, Ken, began production of the award-winning documentary Bravo! Common Men, Uncommon Valor, a very personal film about Ken’s company of Marines during the siege. On this journey, they developed a keen awareness of the untold story of the wives of combat veterans. This was the seed for this, their second documentary film, I Married the War.